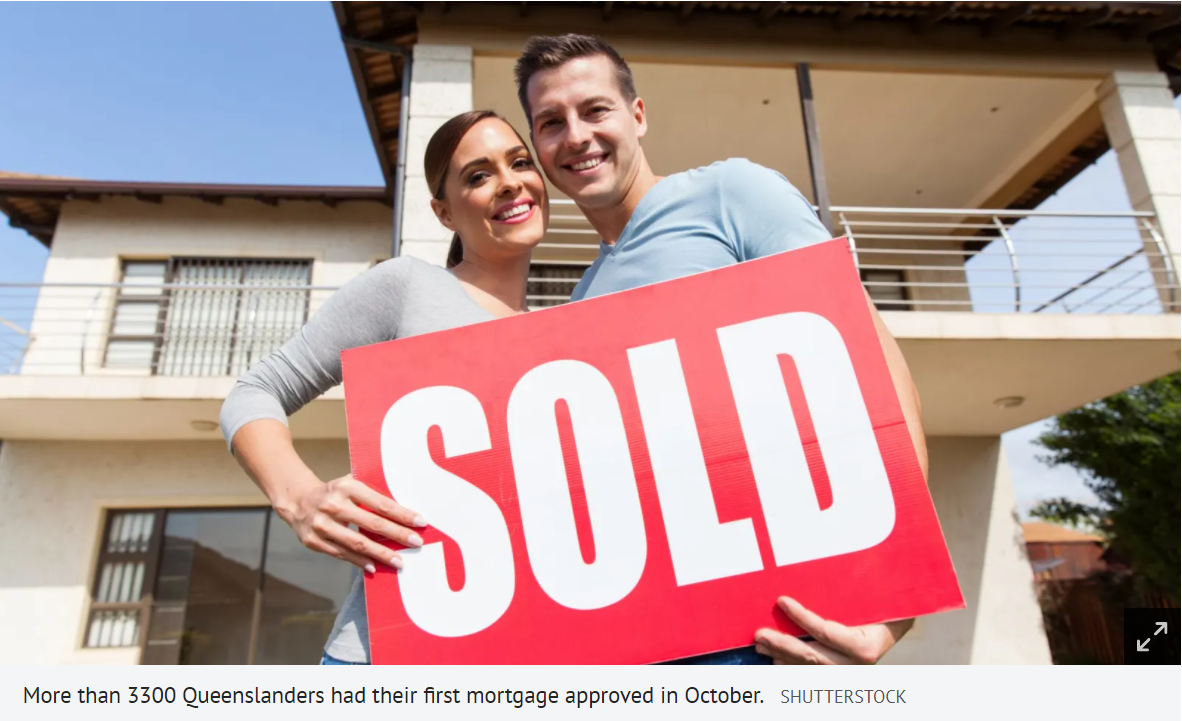 Open homes across Brisbane are filling out each weekend as young people flock to the property market in the largest numbers since the GFC.

While the nation slugs through the deepest recession in a century Reserve Bank Governor Robert Lowe says now is the time to get on first rung of property ladder because "interest rates are low, they're going to stay low".

More Queenslanders took out their first mortgage in October than any other month since March 2009, when grants were temporarily tripled as part of the Rudd government's defence against the global financial crisis.

Ray White Bracken Ridge principal Roxanne Paterson, who has been selling homes in north Brisbane for almost seven years, said she had "never seen it like this before, not even close".

"There has certainly been a lot of stimulus for first home buyers to push in and a lot of incentive for them to jump during COVID," she said.

‍
"We are getting probably getting five to 10 offers on a lot of the properties and naturally we can only pick one of those 10, so it has been really competitive.

"They have to see it in that first period of time and have to be quick when it first goes online. People need to make sure all of their pre-approvals are up-to-date so they can be competitive with terms."

Australian Bureau of Statistics shows 13,481 first-home buyer loans were approved across the nation in October, which was more than 30 per cent higher than in any pre-COVID month since 2009.

Of those, 3310 were approved in Queensland, driven heavily by ultra-low interest rates.

"You are really looking at late of 2022 or more likely into 2023 before rates start to rise, but you have got to remember, even if rates rise one per cent that will have a massive impact on your mortgage repayments.

"If you borrow to the hilt and you can only meet those repayments down at 2 or 2½ per cent well then you are pretty foolish."

Mr Mellor's advice to first-time buyers was to make sure you can make repayments if rates were to go up three per cent.

He said the increase in approved mortgages in Brisbane was "a sign the market is on the improve".

"Are we going to see a boom in prices? I don't think so yet, but I think first time buyers will continue to come into the market because they've really been on the sidelines."

Brisbane homes grew an average of 0.6 per cent in value in the month of November, according to CoreLogic’s Home Value Index, and by 1.5 per cent during the past three months.

Mikaela Crone, lead agent at Place Estate Agents Bulimba, said for most people trying to break into the property a 10 per cent deposit was "ideal".

"I know there are banks letting people get away with less so it really does just depend on your financial position and whether you have someone going guarantor for you," she said.

"A lot of our first home buyers have a parent or a family friend going guarantor which gives them a financial advantage because they only need a 5 per cent deposit."

"I know a lot of first home buyers in general at the moment because there are so many people wanting to buy, when they go to make offers on property, if their finances aren't approved and ready to go they are missing out."