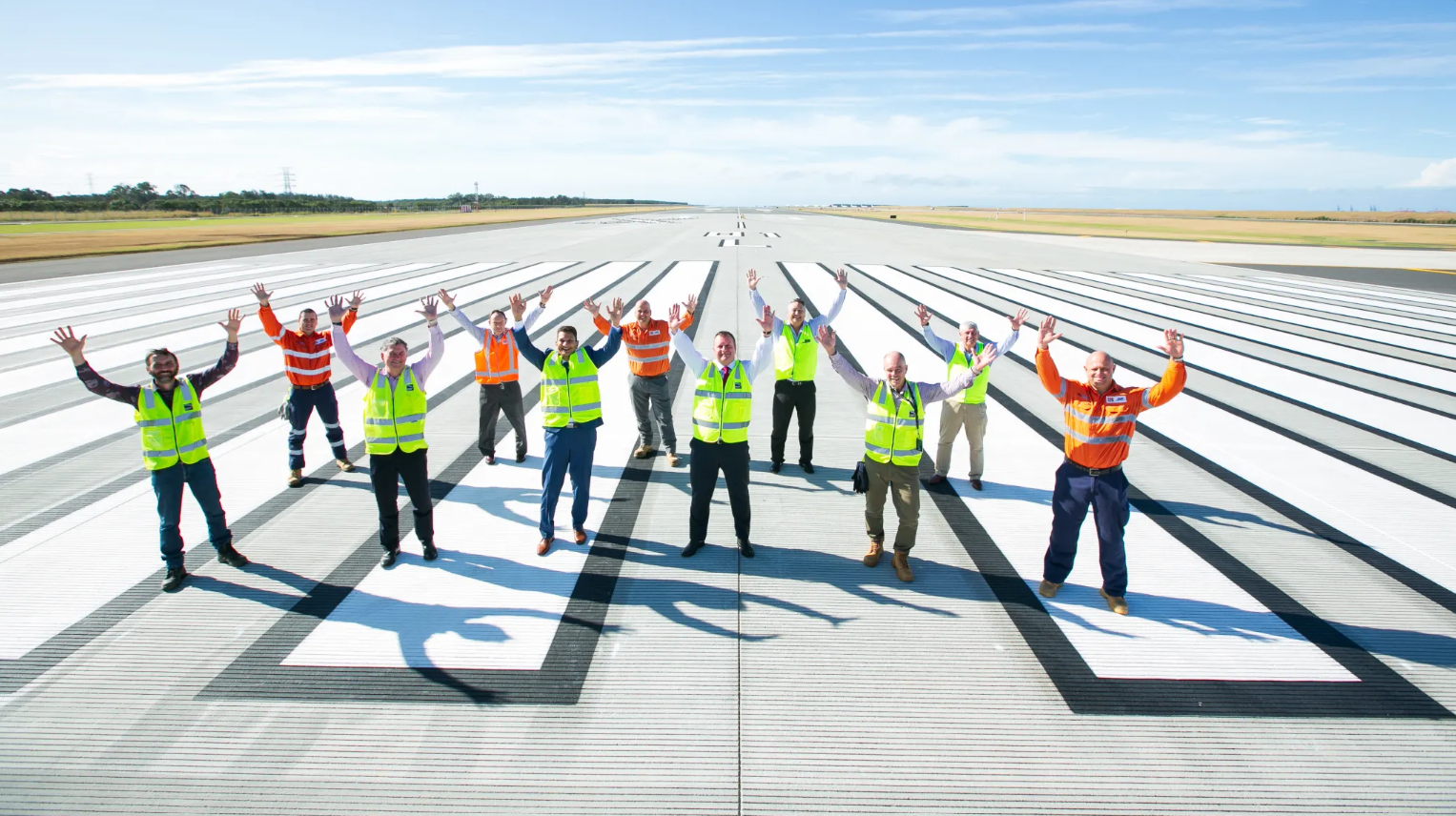 The first aircraft will use Brisbane Airport's new parallel runway on Sunday, 15 years after planning began to give the River City an extra stretch of tarmac.

The finished product is expected to be completed at a cost of $1.1 billion, $200 million under budget, after eight years of construction.

The runway received clearance for take-off on September 18, 2007, when the federal government approved the major development plan.

Since 2012, 324 subcontractors - 90 per cent of which were based in south-east Queensland - have worked 3.3 million hours to build the 3.3-kilometre strip.

The runway is built on a 360-hectare reclaimed site, made possible by pumping 11 million cubic metres of sand from Moreton Bay through a 4.5-kilometre pipeline.

The site preparation and reclamation works were completed in May 2017, triggering the start of construction of the $120 million Dryandra Road Underpass, which opened in October 2018.

In April last year, work began on the John Hansford Bridge, which will form part of the surrounding road network and has been named after Brisbane Airport's longest-serving employee.

In December, the last of the 100,000 tonnes of high-strength asphalt was laid, the final layer of the runway's pavement design.

The first part of this year was spent on the final touches: 120 kilometres of runway and taxiway markings, navigational aids, control tower systems and finishing the ground lighting.

Construction wrapped up at the end of April, ahead of the July 12 grand opening.

"This new runway is so much more than asphalt," he said.

"It is an enabler for recovery and growth across all facets of business, with an estimated 7800 new jobs created by 2035 and an additional $5 billion in annual economic benefit to the region.

"Now more than ever it is crucial that we have the infrastructure and mechanisms in place to allow our great city and state to recover from the COVID-19 global pandemic, and Brisbane Airport and this new runway will play a strong part in that."

The new tarmac is predicted to slowly double Brisbane Airport's passenger numbers from 23.4 million in the 2018-19 financial year to more than 50 million by 2040.

This would increase Brisbane’s daily flights at the airport to about 110 aircraft movements an hour, putting the airport in the same league as Singapore Changi Airport.