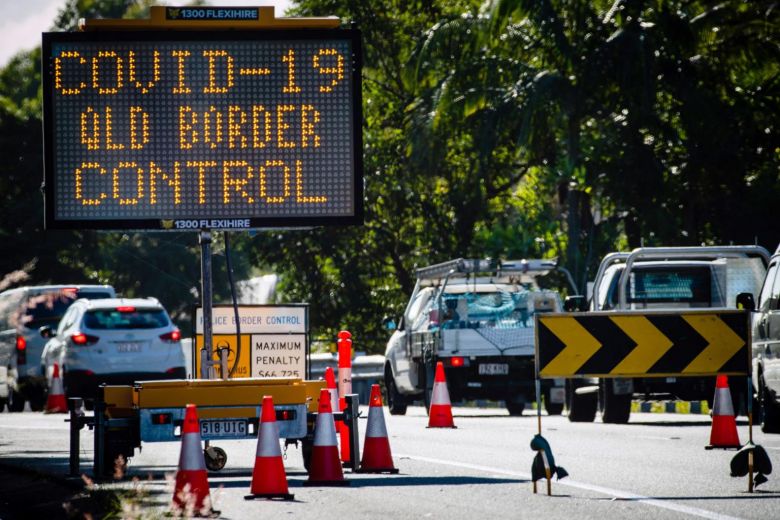 Revealed: Exactly who can and can’t cross the QLD border

Revealed: Exactly who can and can’t cross the Qld border

The Queensland Government has established a new borderbubble between the Gold Coast and Tweed Shire ahead of tomorrow’s hard borderlockdown.

It means residents who live on either side of the borderwill be allowed to travel freely between the two communities.

However, anyone who lives outside of the new dedicated zone,so residents in Byron Bay who travel to the Gold Coast and Brisbane for work,will be banned from entering the state.

They say those border zone residents can cross the borderfor “any purpose”, despite reports yesterday that residents will only be allowedto cross for work or other essential purposes.

Border zone residents will not be allowed to travel outsideof the zone in either Queensland or New South Wales, and if they do, will beforced into hotel quarantine at their own expense.

The tough border lockdown kicks in at 1.00am on Saturday,when all of Victoria, New South Wales and the Australian Capital Territory willbe barred from the sunshine state after being declared COVID-19 hotspots.

Queensland residents returning from these areas will stillbe allowed to do so, but they will have to enter the state via plane and touchdown at Brisbane Airport where they will be forced into 14 days of hotelquarantine at their own expense.

The new border pass system is expected to be up and runningonline by this afternoon, and when it is, those in the above border communitiesare being urged to apply for the new locals X-PASS, which will require a homeaddress and photo ID.