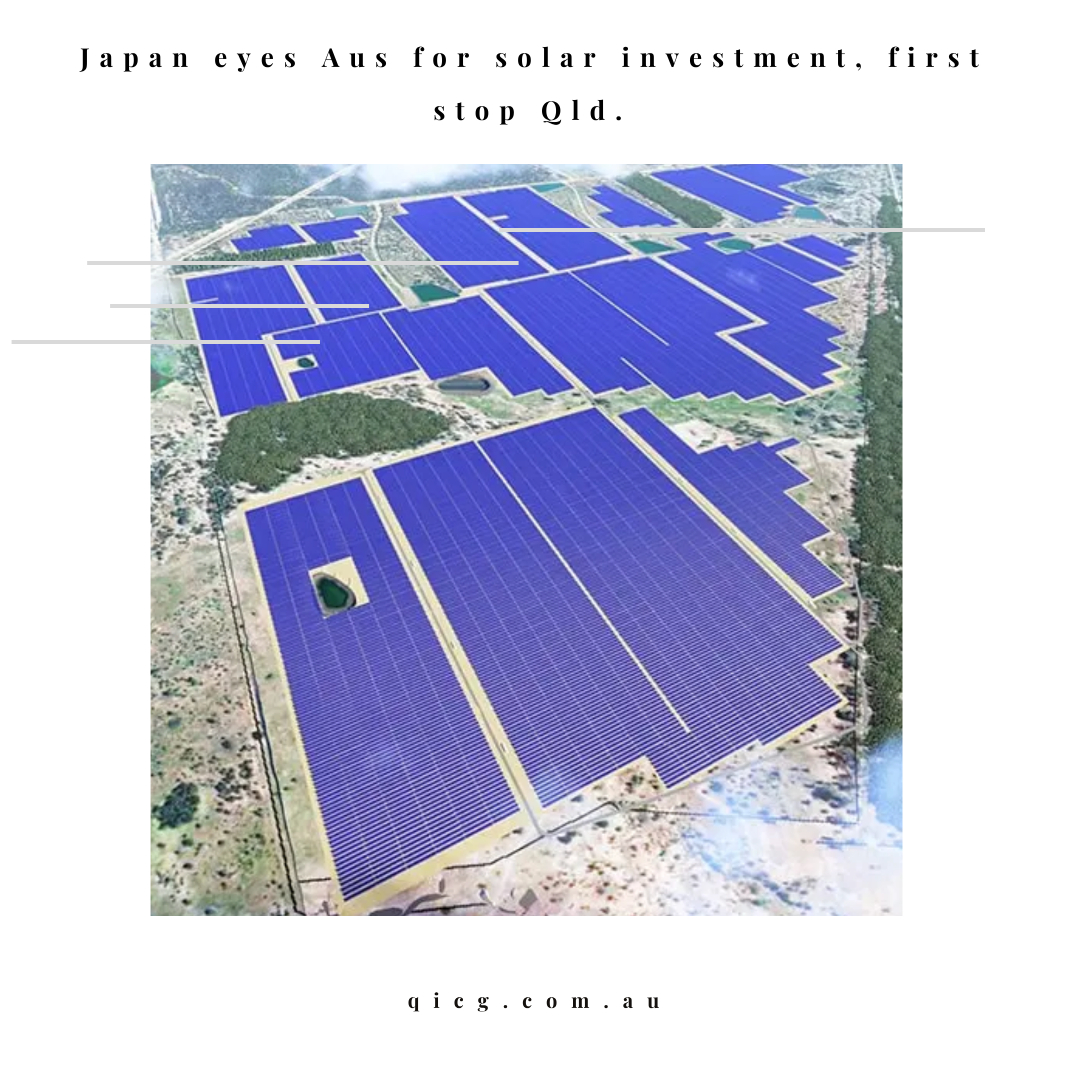 Japanese companies have made it clear they are viewing Australia as a rich renewables growth market after investing in a 428 hectare solar farm in Queensland.

Queensland says its trade agency, Trade and Investment Queensland (TIQ), helped facilitate what will be one of Japan’s largest solar projects ever undertaken in Australia.

The plant is planned to start producing energy from the second half of the 2022 financial year.

Seventy per cent of the renewable energy produced at the Edenvale Solar Farm will be sold to a local electricity retailer while the remainder will be supplied to Gregory Crinum Coal mine which is owned an operated by Sojitz.

Sojitz, which has long had a presence in Queensland’s mining industry, has been developing and operating solar plants in Japan and overseas since 2009 and Edenvale is its latest acquisition. Development of the project began in 2019.

The company says it views Australia as a high-growth renewables market because of its huge areas of land and bounteous solar radiation.

“As one of the world’s most resource-rich countries Australia remained dependent on coal-fired power for many years, but the country has recently begun to make the transition to renewable energy to reduce its environmental impact,” it said in a statement.

“Sojitz sees Australia as a high-growth market, considering its vast land area and the fact that country has 1.5 times the level of solar radiation compared to Japan.

“In addition, there is a growing number of companies that are keen to procure a stable supply of renewable energy through corporate PPAs.”

‘A show of confidence’

ENEOS has a significant focus on renewables and hydrogen and in 2018, in partnership with the Queensland University of Technology, ENEOS exported green hydrogen from the Redlands Research Facility east of Brisbane to Japan in what was the first technical verification production of green hydrogen using methyl cyclohexane (MCH) in the world.

Edenvale will be its first solar development in Australia and part of a bid to expand its renewable energy businesses in Japan and overseas.

“ENEOS is also striving to establish a supply chain for CO2-free hydrogen in Australia,” the company said.

“To establish the supply chain, ENEOS continues to gain expertise in renewable energy development in Australia.”

“Queensland has a strong relationship with Japan and this is clearly demonstrated here by this significant investment by Sojitz and ENEOS,” she said in a statement.

TIQ is the state government’s dedicated global business agency set up to take local products to world markets and promote Queensland as an investment destination.