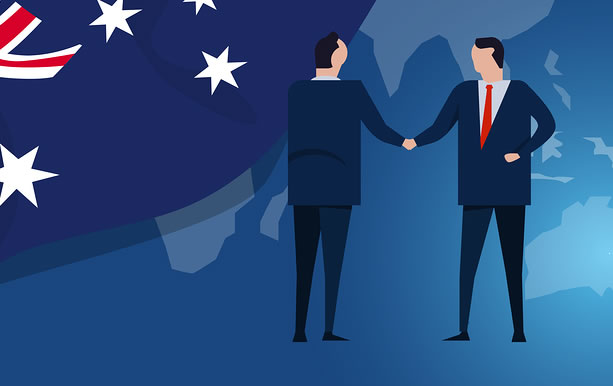 Business migrants will face tougher requirements under changes to investment visas that have so far drawn in at least $12 billion from mostly Chinese nationals.

The existing nine different business and investment visas will be cut back to four with various thresholds of required investment adjusted.

“These changes will maximise the economic contribution of these high value investors to get the best possible outcome for Australians," Mr Tudge said in a statement to The Australian Financial Review.

“Our Migration Program for 2020-21 is clearly focused on job creators, those with key skills and migrants who are going to invest in Australia’s future.”

The Business Innovation visa, which allows migrants to operate a new or existing business in Australia, will remain but applicants will now be required to hold business assets of $1.25 million, up from $800,000.

"The requirements for Business Innovation visa holders will be increased to ensure the program is attracting migrants with proven business skills," Mr Tudge said.

The Premium Investor visa, which required migrants to invest at least $15 million in Australian investments and then apply for permanent residency, will be closed to new applicants in July next year.

The Significant Business History and Venture Capital Entrepreneur visas will also be closed to new applicants from July 1 next year.

Some visas will have easier thresholds, such as the entrepreneur visa applicants whose existing $200,000 funding threshold will be scrapped. Applicants will still need to be endorsed by a state or territory government however.

The changes to different visas and the government's planning allocations will still mean that the number of places available in the overall business and investment visa program will double from 6862 in 2019-20 to 13,500 places for 2020-2021.

Part of this increase is influenced by the hit to migrations levels from COVID restrictions. The October federal budget outlined the largest hit to population growth in more than a century and with international borders not set to be opened until next year some of the available place numbers are naturally higher because of lower intakes in other programs.

The thresholds for visas, established under the Gillard government in 2012, allow migrants to live and work in Australia with a pathway to
permanent residency for each category.

Demand for the visas had been exceeding supply before COVID-19, leading to a review by the Department of Home Affairs which finished in February this year.

The so-called "golden ticket" Significant Investor Visa (SIV), which requires at least $5 million in Australian investments in exchange for a permanent visa, will remain in place under the latest changes.

Last financial year 135 SIVs were granted out of an overall pool of more than 4420 business and investment visas on offer. Of the 135 SIVs granted, just under 90 per cent were to Chinese.

Publicly available immigration data shows that since 2012, more than 2349 significant investment visas have been granted, resulting in about $11.7 billion worth of investment in Australia's economy, making up the vast proportion of the money invested under the overall business and investment visa program.

Data for the entire business and investment visa program is not publicly available.

There have been no changes to investment thresholds for the SIV but they could face changes in the new year.

"Any changes to the framework will be announced in the early half of next year, with sufficient time for businesses and investors to adjust," the Minister's statement said.

The government said it would also be consulting widely with industry to inform any further changes to what qualifies as a complying investment.

Earlier changes to the SIV have included the exclusion of bonds as an investment type that applicants can house their investment. They also forced part of the $5 million into venture capital and small-cap equities funds.

The last big changes to the SIV rules in 2015 were introduced by the then minister for trade and investment Andrew Robb and forced at least $500,000 to be invested in venture capital or funds investing in start-up and small private companies.

The government has allowed Business Innovation and Significant Investor Visa holders to continue to be able to extend their provisional visas if they do not meet the business and residence thresholds in the required time frame.