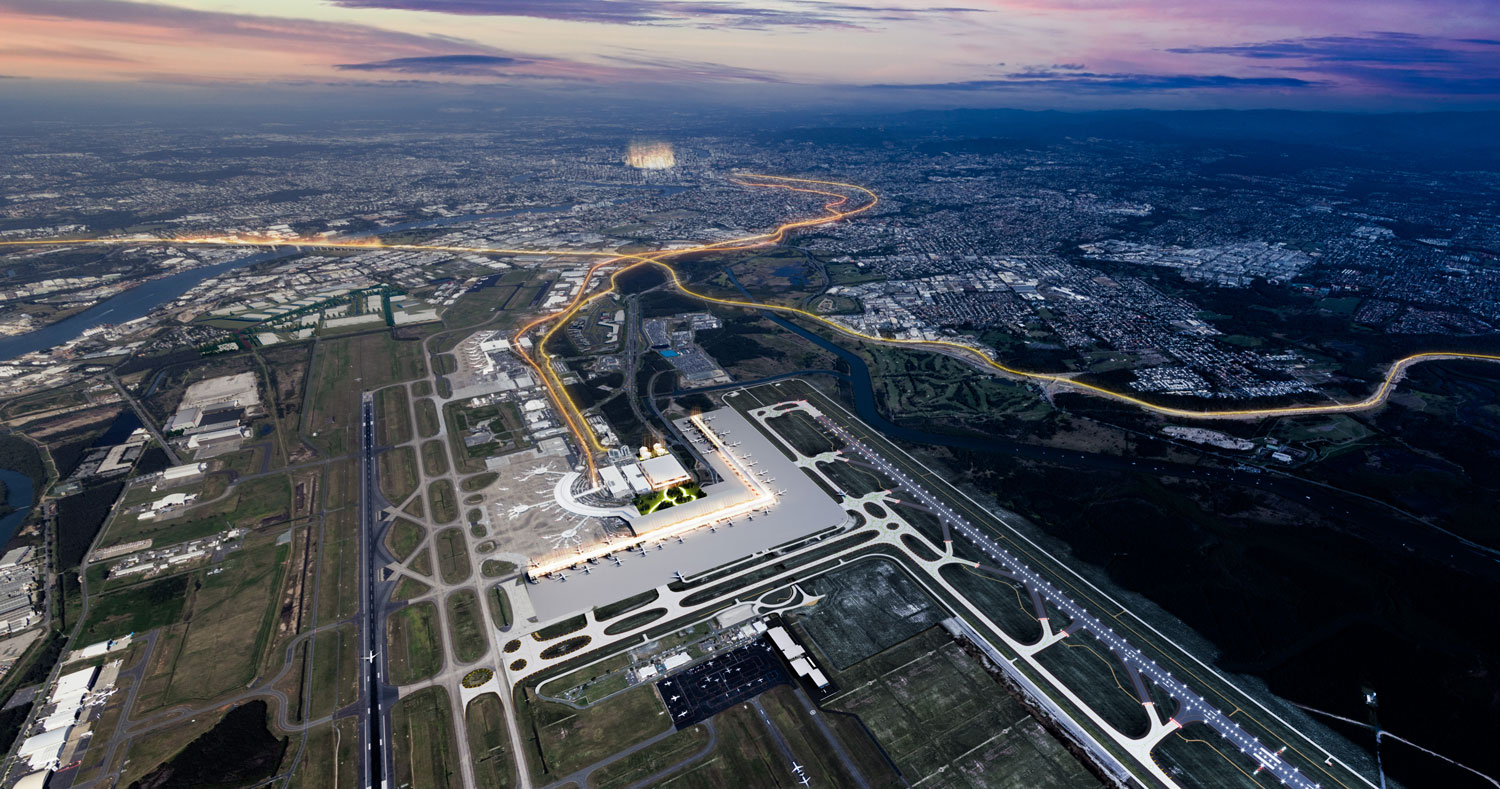 BAC has shifted its planning and instead wants a new integrated world-class terminal that services both domestic and international operations, positioned between the two runways.

A BAC spokesperson says that the terminal will be a modern, sustainable green building that harnesses the best of Queensland – its sunshine – alongside engaging retail options and touchless, self-service operations.

It will open up new international route opportunities like we saw with Chicago and San Francisco pre-COVID, ensuring that we are connecting Brisbane to the world more than ever before. – Brisbane Airport Corporation.

The large new integrated terminal building which would cost around $1 billion is estimated to come online from 2032, however the timeline would be moved forward if Brisbane is confirmed as the host of the 2032 Olympic Games.

BAC said that the integrated terminal would help Brisbane become a true airport hub and that it is something that airlines, particularly airlines based in Australia, want because they can connect flights within Australia and then out internationally.

“We will work closely with the Brisbane Airport Development and Design Integrity Panel (DDIP) and with the community to ensure we deliver a world-class terminal that is a beautiful, uniquely Queensland destination in itself.”

“We are looking at a cost of $300M for the first stage, and $1B for the full development.” – Brisbane Airport Corporation.

Along with a new northern integrated domestic and international terminal, BAC wants to connect the airport precincts together with a new Australian-first airport mass transit system.

As part of the Brisbane Airport 2020 master plan, BAC is planning a mass transit system that could handle the forecasted 50 million passengers and 50,000 workers that will transit through the Airport precinct by the early 2040’s.

According to BAC, an elevated airtrain transit system could handle 3200 passengers per hour and take no longer than five minutes.

Originally constructed in 1995, the current international airport which is approaching 30 years of age will continue to be used until the new integrated Airport terminal is completed and would then be repurposed in about 15 years.