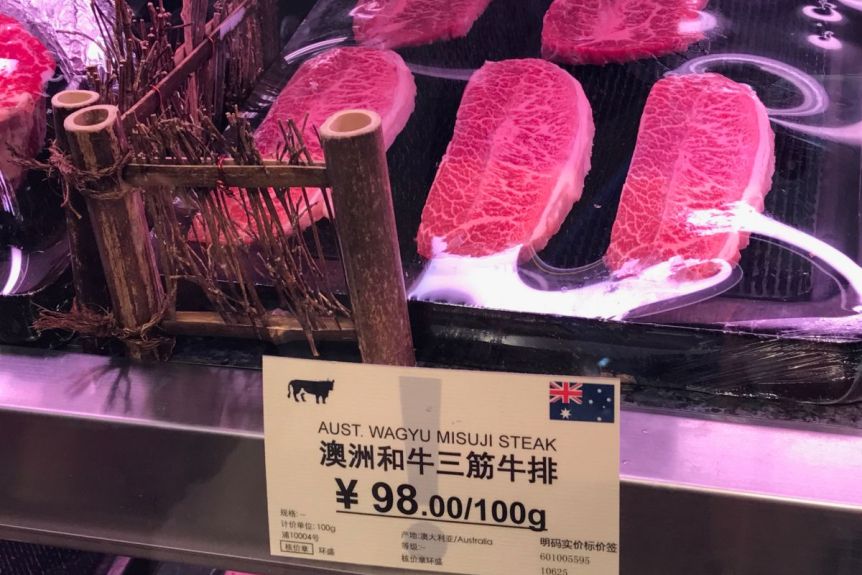 The abattoirs – three in Queensland and one in New South Wales – were blacklisted days after China announced its intention to slap an 80 per cent tariff on Australian barley.

David Littleproud said the suspensions should serve to remind producers about the importance of compliance.

"There are technical matters around labelling," he said.

"It is again a reminder to every exporter that they meet the specifications of the country, whether it is China or anyone else, that they're exporting to."

Chief executive Simon Stahl declined to discuss the details of China's complaints, but said the issues had been addressed.

"Our Federal Government can only do so much, they've got to wait for us to do the response," he said.

"They've reacted and had a secondary audit of the plant to make sure all those corrective actions are valid, and now they'll start the discussions with the relevant authorities in China.

"I think the responses from our end are very valid and I'd like to think [the suspension will be lifted] earlier but I couldn't really put a time on it, we're planning for three months."

He said it was hard to put a number on the financial impact of the suspension, and said the pandemic was hurting the processor more.

NCMC exports up to 20 per cent of its beef product to China per year.

For Queensland grazier Josie Angus, whose beef was processed at NCMC, the loss of market access was disturbing.

Ms Angus wants the industry to determine if the rules are consistent with World Trade Organisation Sanitary and Phytosanitary (SPS) Agreement and the Free Trade Agreement signed by China and Australia.

"Australian exporters aren't having any labelling issues with any other of our trading partners," she said.

"These issues are confined to our relationship with China.

"Negotiating a Free Trade Agreement shouldn't be about set and forget, it should always be about making sure that countries that we deal with continue to abide by the rules."