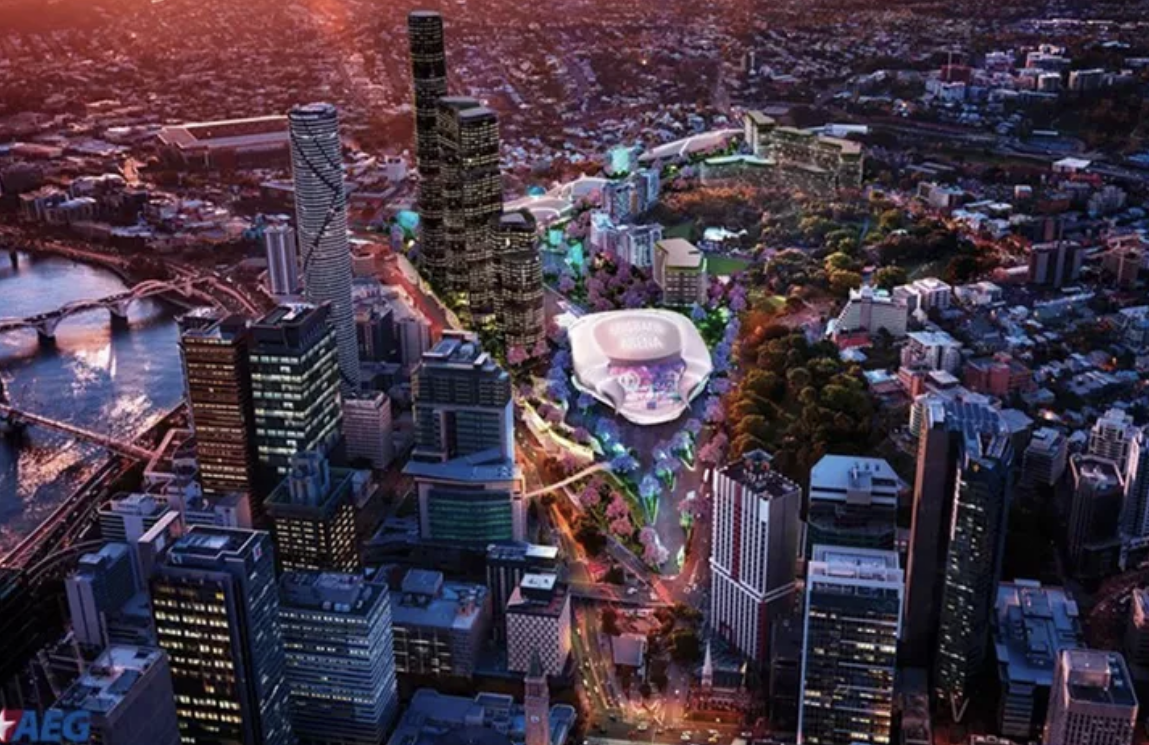 Construction on Queensland's biggest infrastructure project, the fully funded $5.4 billion Cross River Rail being built by a consortia of several government agencies and the private sector, is now underway. The major project will comprise a 10.2 kilometre rail line which will run from Dutton Park in Brisbane's southern suburbs to Bowen Hills in the city's north, with a 5.9 kilometre-tunnel under the CBD. The project will see the delivery of four underground stations at Boggo Road, Woolloongabba, Albert Street and Roma Street, as well as eight upgraded stations across Brisbane's fringes and three new Gold Coast stations at Pimpama, Helensvale North and Merrimac. The Pulse consortium—a partnership led by CIMIC Group companies, Pacific Partnerships, CPB Contractors, and UGL with international partners DIF, BAM and Ghella—is set to deliver the tunnels, stations and above ground development. At peak, the Cross River Rail will create 7,700 construction jobs throughout south-east Queensland with the first part of tunnelling expected to start in August, from Woolloongabba towards Boggo Road. First trains are expected to be running in 2024. 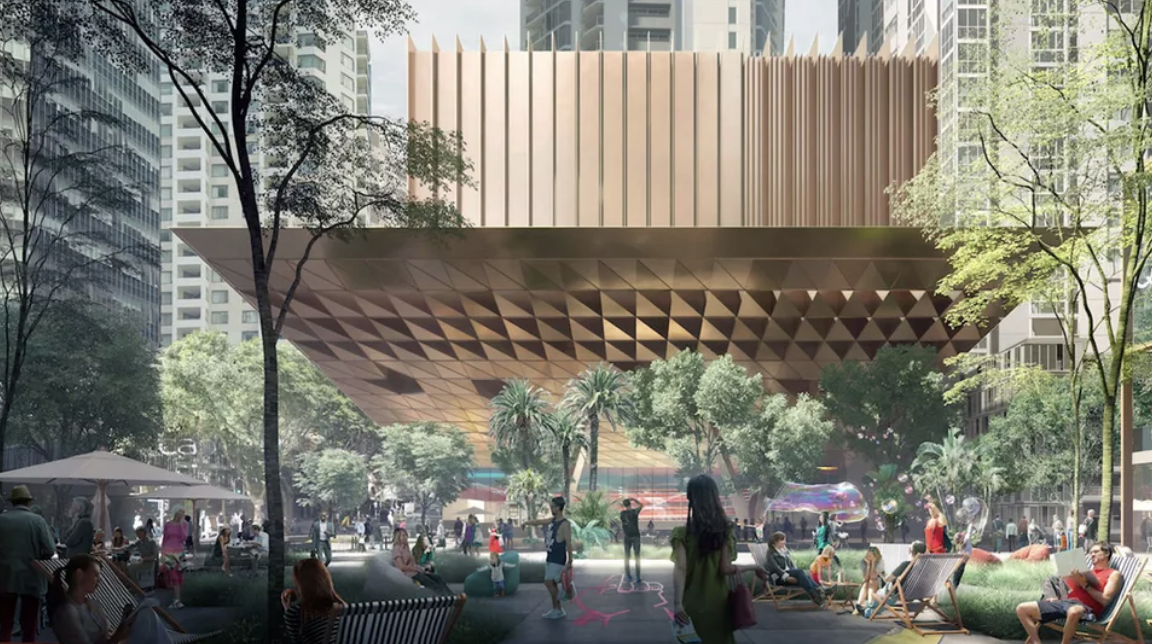 Brisbane's $3.6 billion Queen's Wharf development—which has taken more than a significant footprint of the CBD—has moved ahead with construction, now well underway. Destination Brisbane Consortium—which includes the Star Group, developers Far East Consortium and Hong Kong-based Chow Tai Fook—is responsible for the integrated resort after being selected by the Queensland Government to transform the riverfront site. The project is the largest private sector development in Queensland, covering an area equivalent to almost 20 percent of the city centre, spread over 12 hectares of land and 15.3 hectares of water and will eventually comprise a total gross floor area of 390,000 square metres. The Cottee Parker-designed precinct, being delivered by builder Multiplex, is located between William and George streets and will offer four new luxury hotels, 2,000 residential apartments and a casino. The development will also boast 50 bars and restaurants, a 24 hour 100m-high Sky Deck with panoramic views of Brisbane and a pedestrian bridge linking the complex to South Bank. There is also significant public space integrated into the design of the development as well—the equivalent of 12 football fields. The development, earmarked for completion by late 2022, has also earned a 6-star Green Star Communities rating. 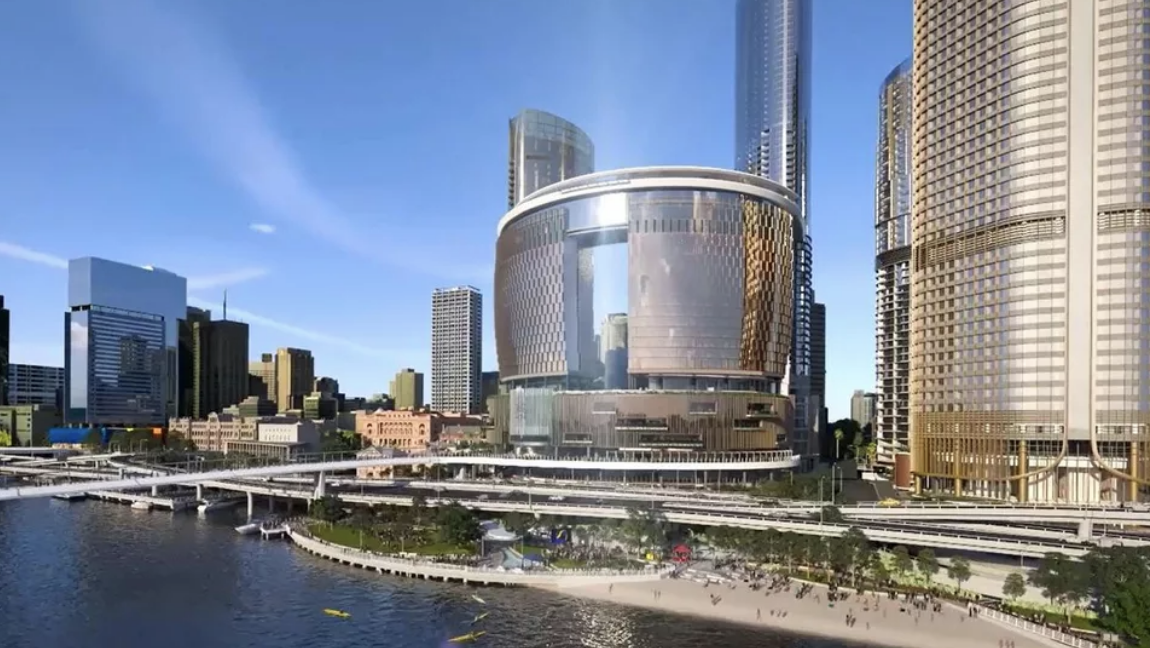 Lendlease's $2.9 billion redevelopment of the 22-hectare RNA Show Grounds in Bowen Hills is a vast mixed-use development comprising residential, commercial office and retail. The urban renewal development has been underway since 2010 and work is set to continue through to 2025. The project includes 340,000sq m of new residential, commercial and retail buildings, together with an additional 76,000sq m of new development on RNA retained land. Since construction commenced in 2011, Lendlease has delivered 30,000sq m of office space—including 25 King Street, Australia's largest timber tower—700 residential units and 3,000sq m of retail, equating to 21 per cent of the completed masterplan. The development has also seen the delivery of the Royal International Exhibition Centre, a vast state-of-the-art convention and meeting facilities for hosting events and festivals year-round. Upwards of 60,000sq m of office space, an additional 2,300 units and 7,000sq m remains to be built. Once complete, Lendlease projects more than 15,000 people will live, work and play each day at the Brisbane Showgrounds. 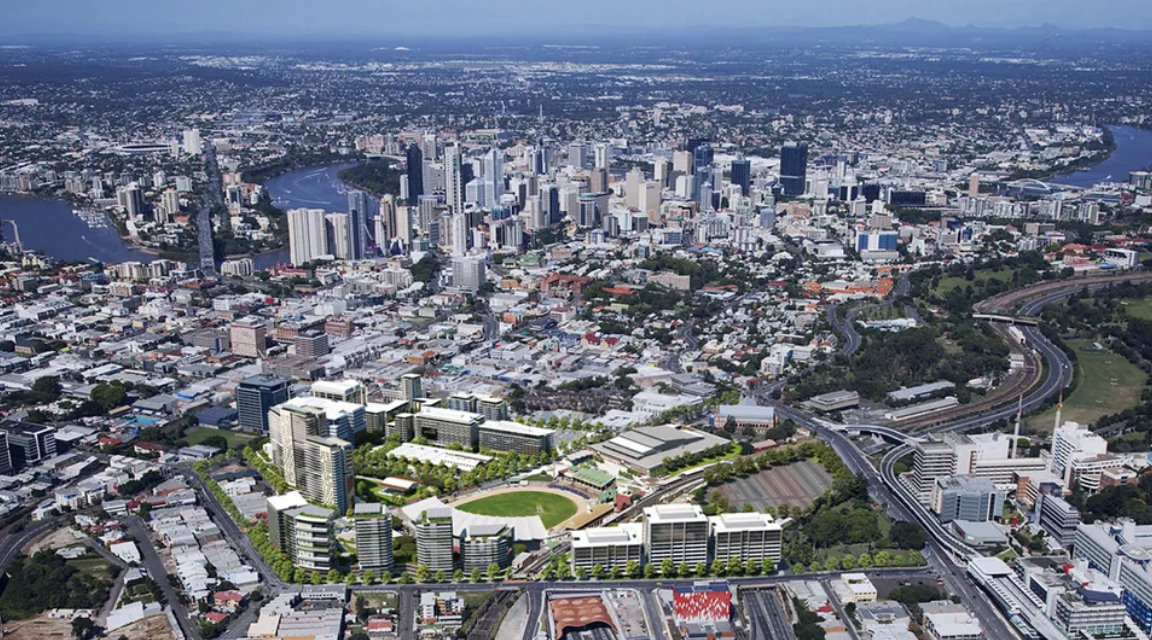 The $2 billion Brisbane Live arena, a 17,000-seat entertainment venue pegged for Brisbane's CBD, has been touted since 2007. The 65,000sq m arena, now part of the wider Roma Street Cross River Rail precinct, is still shrouded in uncertainty, with state government recently tapping the private-sector for investment. If realised, the open-air precinct, likened to Melbourne’s Federation Square, would be built above the existing Roma Street rail lines under the Cross River Rail Delivery Authority in partnership with AEG Ogden’s Harvey Lister. The entertainment centre, serviced by underground rail and busway infrastructure, would have outward-facing retail opportunities on the Roma Street frontage as well as a “Sky Lounge” operating as a function space during non-event times. The demolition of the original Brisbane Transit Centre on site moved ahead last month with the first of three buildings taken apart level by level to make way for the new Cross River Rail Roma Street station. 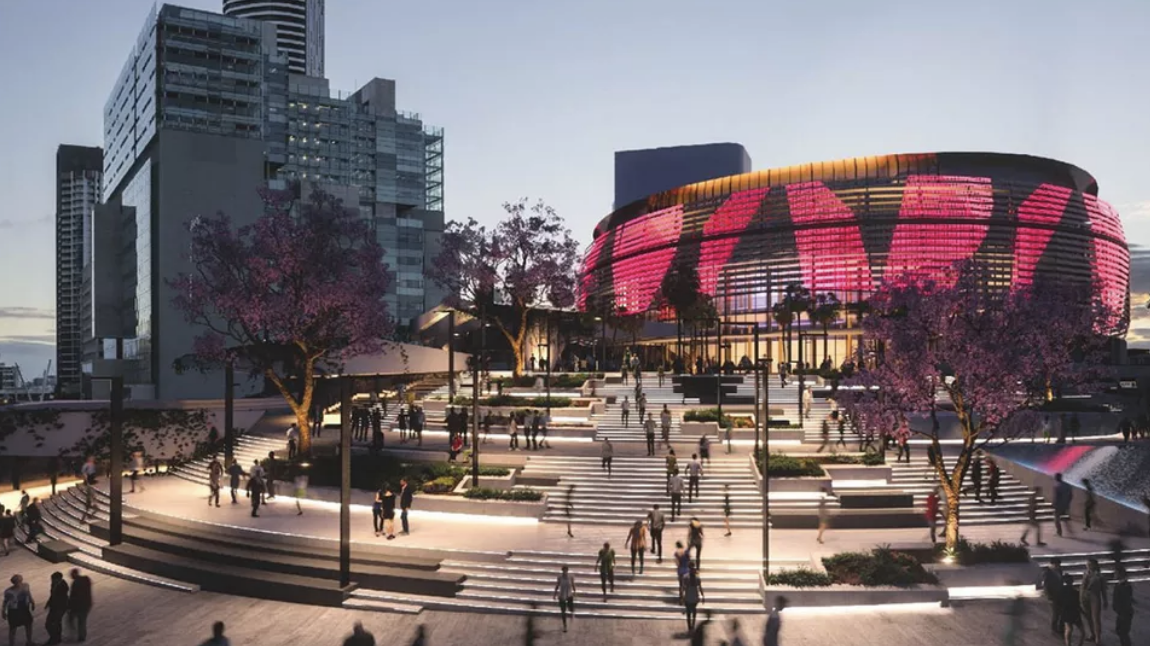 Property giant Dexus is moving ahead on its waterfront proposal at Eagle Street Pier, stretching for 1.2 kilometre from the City Botanic Gardens to Howard Smith Wharves. The $2.1 billion development would see two mixed-use towers built on its Eagle Street Pier site along with 7,900sq m of open space, upgraded wharf facilities and an enhanced riverwalk. Dexus will develop final concept plans before beginning the council application process this year after renaming the location from Eagle Street Pier to Waterfront Brisbane. The project is estimated to provide a $5.7 billion boost to Queensland’s gross state product over the next 40 years. A timeframe has yet to be announced but Dexus noted it was aiming for a 2020 start on construction with the two towers tipped to be completed by 2026. 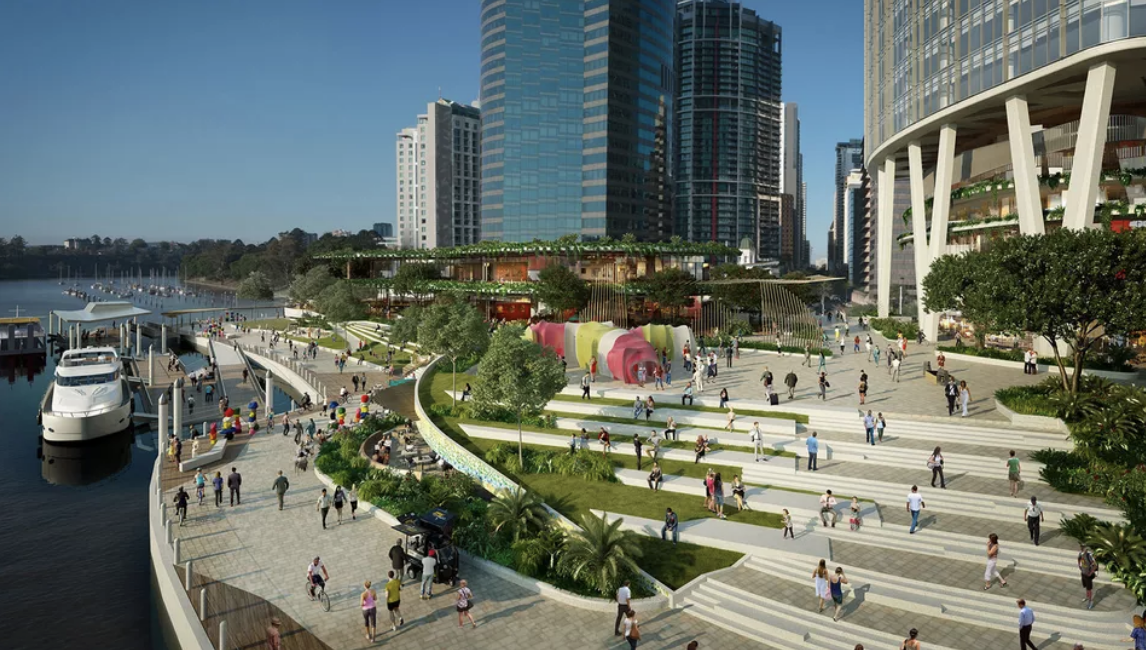 News Corp's $2 billion urban redevelopment will see the company's existing four-hectare base in Bowen Hills transformed into a state-of-the-art multimedia hub, residential and lifestyle precinct complete retail shops, parkland, restaurants and lifestyle spaces. The new precinct, designed by Archipelago and Fairweather Architects, will comprise 44,000sq m of commercial space and around 42,000sq m of retail with seven residential towers providing up to 1,700 rooms across along with a 187-room hotel. The project, which is being led by PricewaterhouseCoopers’ Real Estate, will be delivered over two stages. The entire hub will eventually link with the redeveloped Bowen Hills train station. 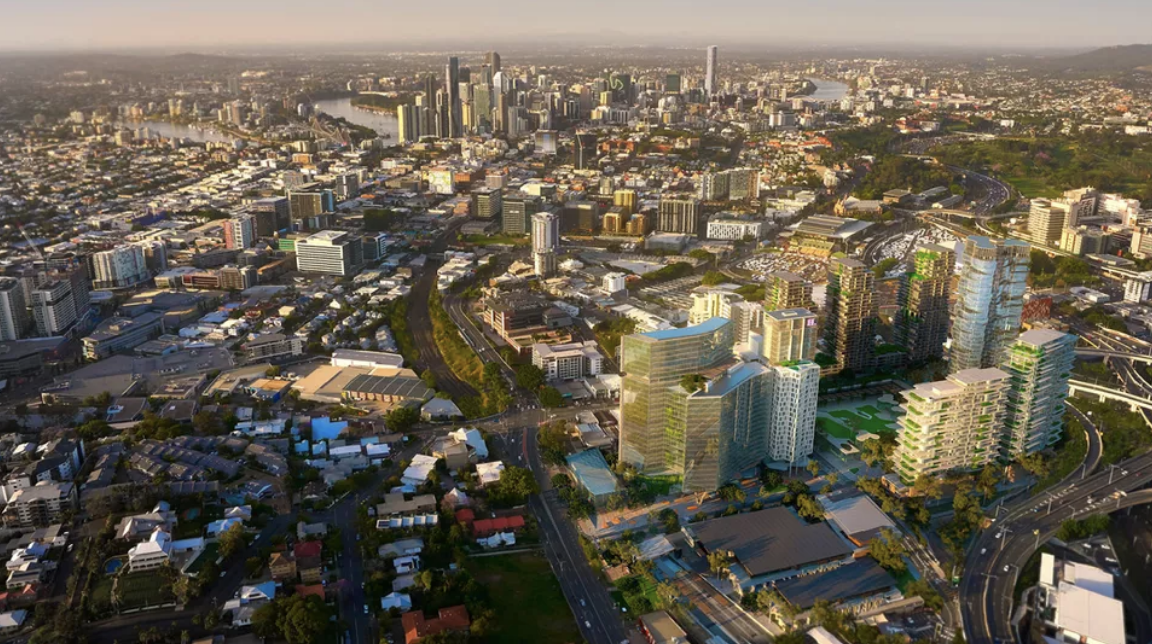 The 10-year project with 1,000 apartments will be built Brisbane Racing Club and forms part of the Eagle Farm master plan being spearheaded by Mirvac. Ascot, located six kilometres from the Brisbane CBD, will now feature a 54,000sq m precinct set to be built alongside the iconic racecourse. In early 2018, Lendlease partnered with Brisbane Racing Club to develop an integrated retirement and aged care precinct within the masterplan. Lendlease owns and operates 72 retirement villages around Australia with about 17,000 residents. The $1.2 billion masterplan will also comprise the consolidation of a new racing surface. Construction on the project's first tower, the $270 million Bernborough—named after one of Australia’s greatest thoroughbred racehorses, started in January of last year, with the first stage expected to be completed around mid-2020. 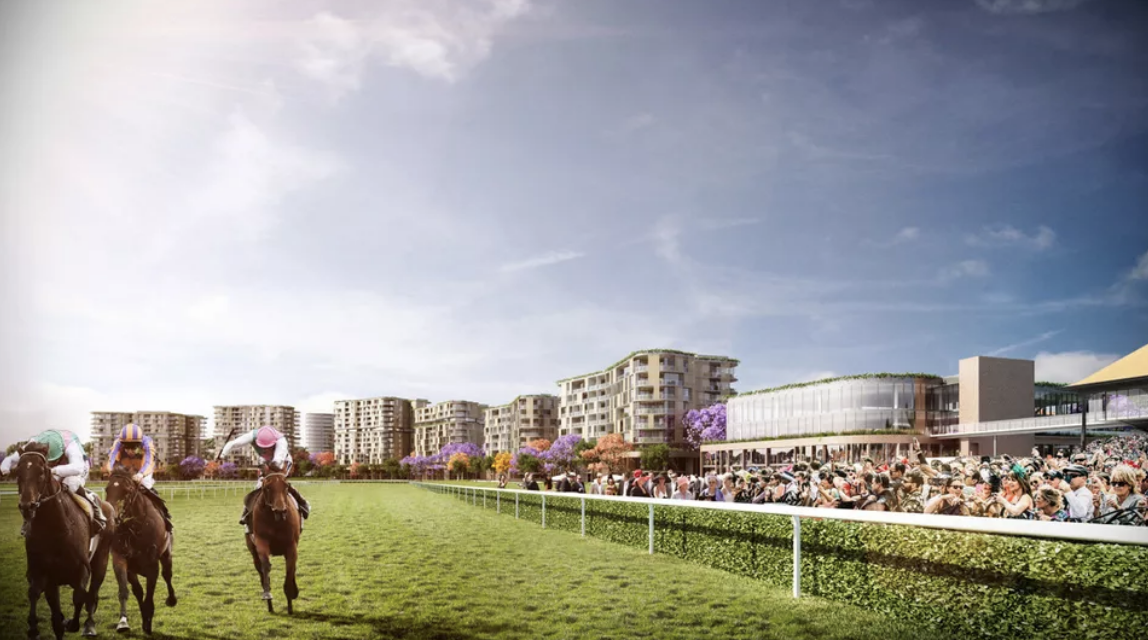 Taiwanese-backed Shayher Group officially launched its $1 billion precinct, known as Brisbane Quarter, at 300 George Street in the city's CBD in 2016. The major development encompasses a complete city block along the Brisbane river and features Australia’s first purpose-built W Hotel. It also includes two levels of riverside dinning and high-end retail beneath a 40-storey A-Grade office tower and 82-storey luxury residential apartment building. The first of the three towers, The W Hotel, marked Brisbane's first five star hotel in 20 Years, and was completed in late 2018. The 32-storey hotel, located at 81 North Quay, comprises 312 guest rooms across 21,172 square metres. The precinct's state-of-the-art commercial tower, 300 George Street, which sits on the corner of George and Ann Streets, was also recently completed comprising 58,000sq m of net lettable area and floor plates of 1,400sq m. The One, an 82-storey residential tower designed being delivered by Multiplex, comprises 467 apartments and is set to become Brisbane's second tallest building when completed early next year. 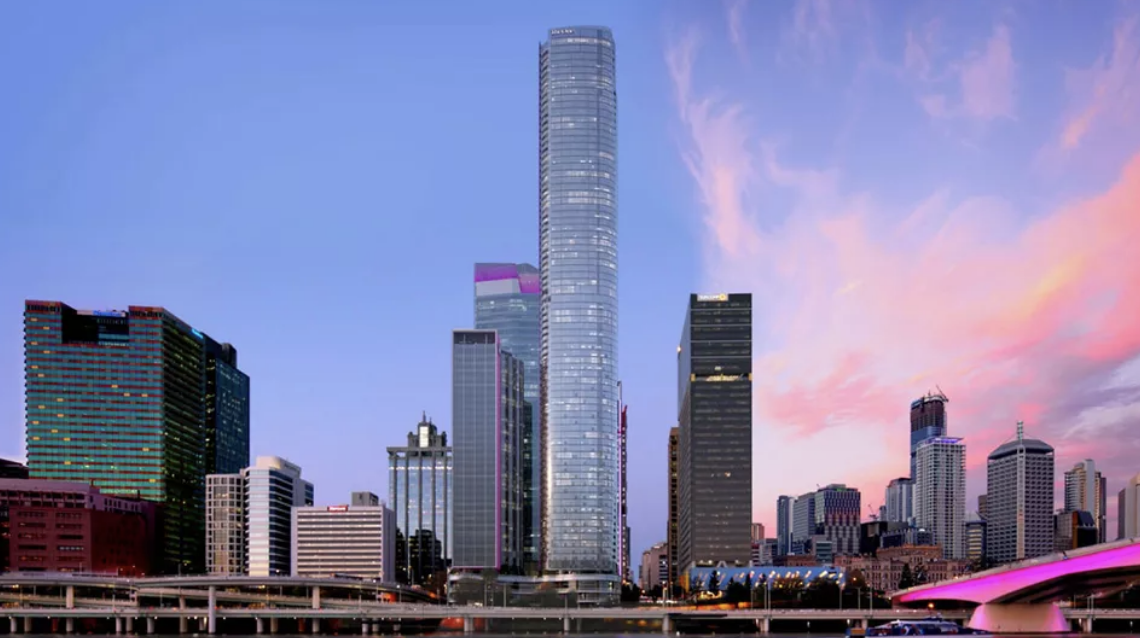 The Brisbane City Council's “congestion-busting” Brisbane Metro project will see the delivery of a new transport system along 21 kilometres of existing busway between the Royal Brisbane Women’s Hospital and Eight Mile Plains. Council has committed $644 million to the major transport development while the federal government has chipped in $300 million. The transport project was initially proposed as a subway line to supersede the Northern and Southern Busways, taking hundreds of the council's yellow-and-blue buses off the road and replacing them with 24 metre long electric bi-articulated buses capable of carrying up to 150 people. The Brisbane Metro project, which was originally proposed during the 2016 council election, will now see a networked upgrade to the city's busway infrastructure. A new underground station will be built at the Cultural Centre in South Brisbane as well as new busway tunnel underneath Adelaide Street in the CBD connecting to the Central Busway near King George Square underground station. The project, which will be split into two parts and include 18 stations and 11 interchanges, was recently approved by the Queensland government with preliminary site works now occurring with services expected to start running by the end of 2023. 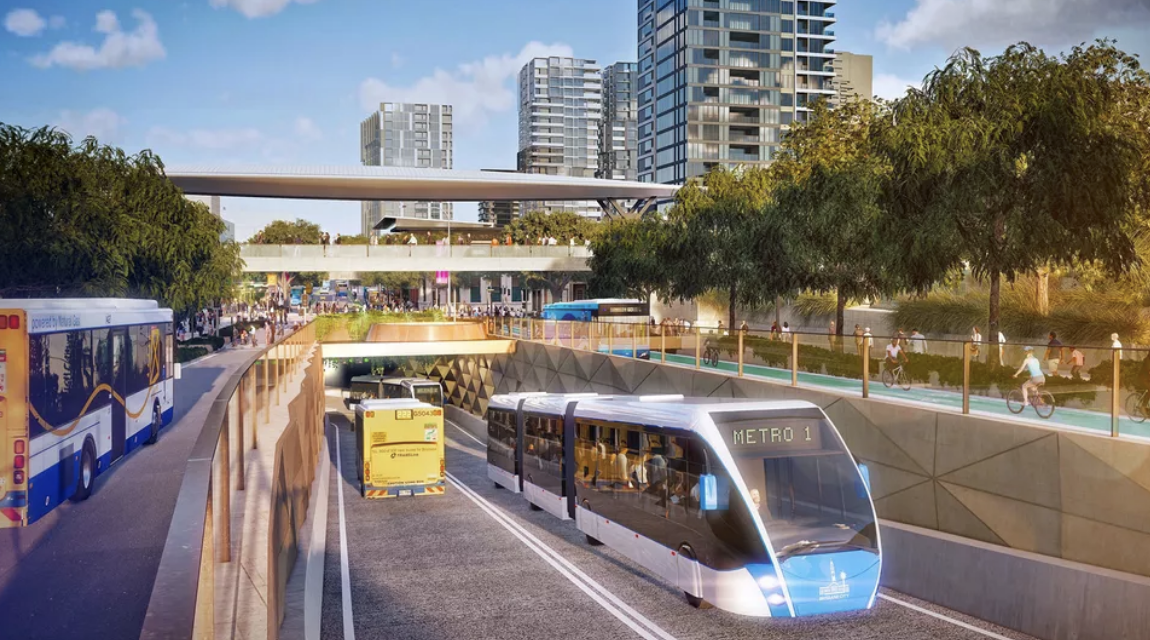 Listed developer Mirvac last year broke ground on its $836 million 80 Ann Street Brisbane CBD tower. Mirvac acquired the 5,500sq m site between Turbot and Ann Streets adjacent to Brisbane City Hall from Singaporean group Wee Hur for $79 million in late 2017. The Woods Bagot-designed commercial project, spanning an entire block, will reach 35-storeys and offer 60,000sq m of net lettable area across some of Brisbane CBD's largest floor plates at 2,200 square metres. Financial services giant Suncorp will anchor the tower, taking 66 per cent of the total space. Along with the 10-year pre-commitment from Suncorp, Mirvac has also closed a deal to build the tower with M&G Real Estate, which will own a half stake for $418 million, reflecting a yield of 5 per cent. The building is scheduled for completion in 2022 and will provide 6 Star Green Star, 5 Star NABERS Energy and Gold Shell and Core WELL ratings. Source: https://theurbandeveloper.com/articles/major-development-projects-brisbane‍ 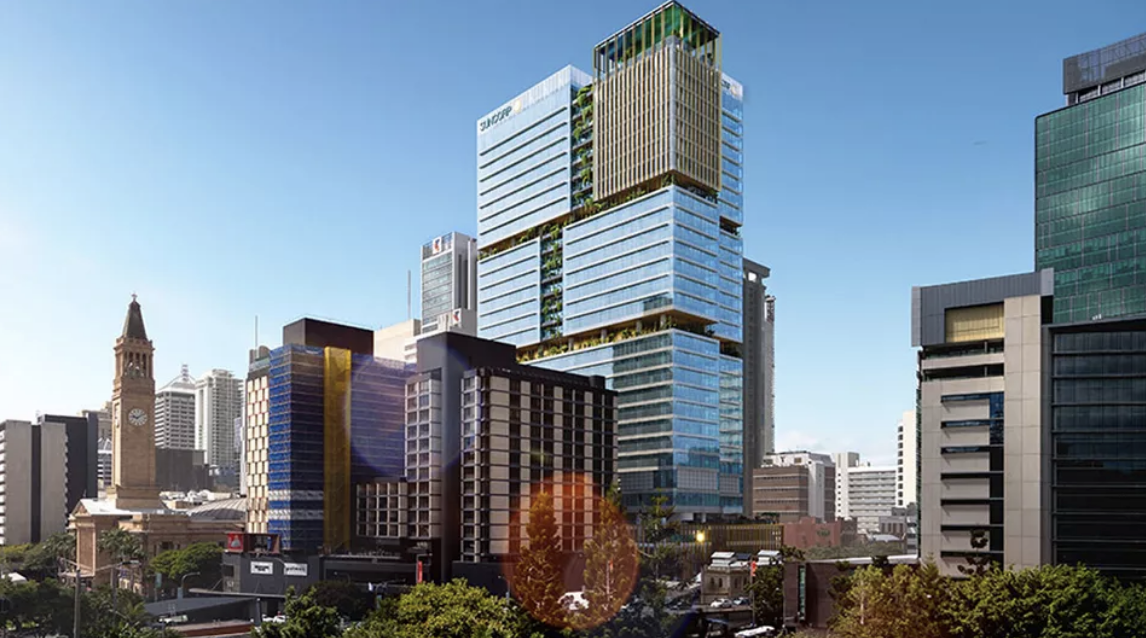 Please email info@qicg.com.au for further Queen's Wharf Residence information
or ask us any questions with the form below thanks.

Thank you! Your submission has been received!
Oops! Something went wrong while submitting the form.